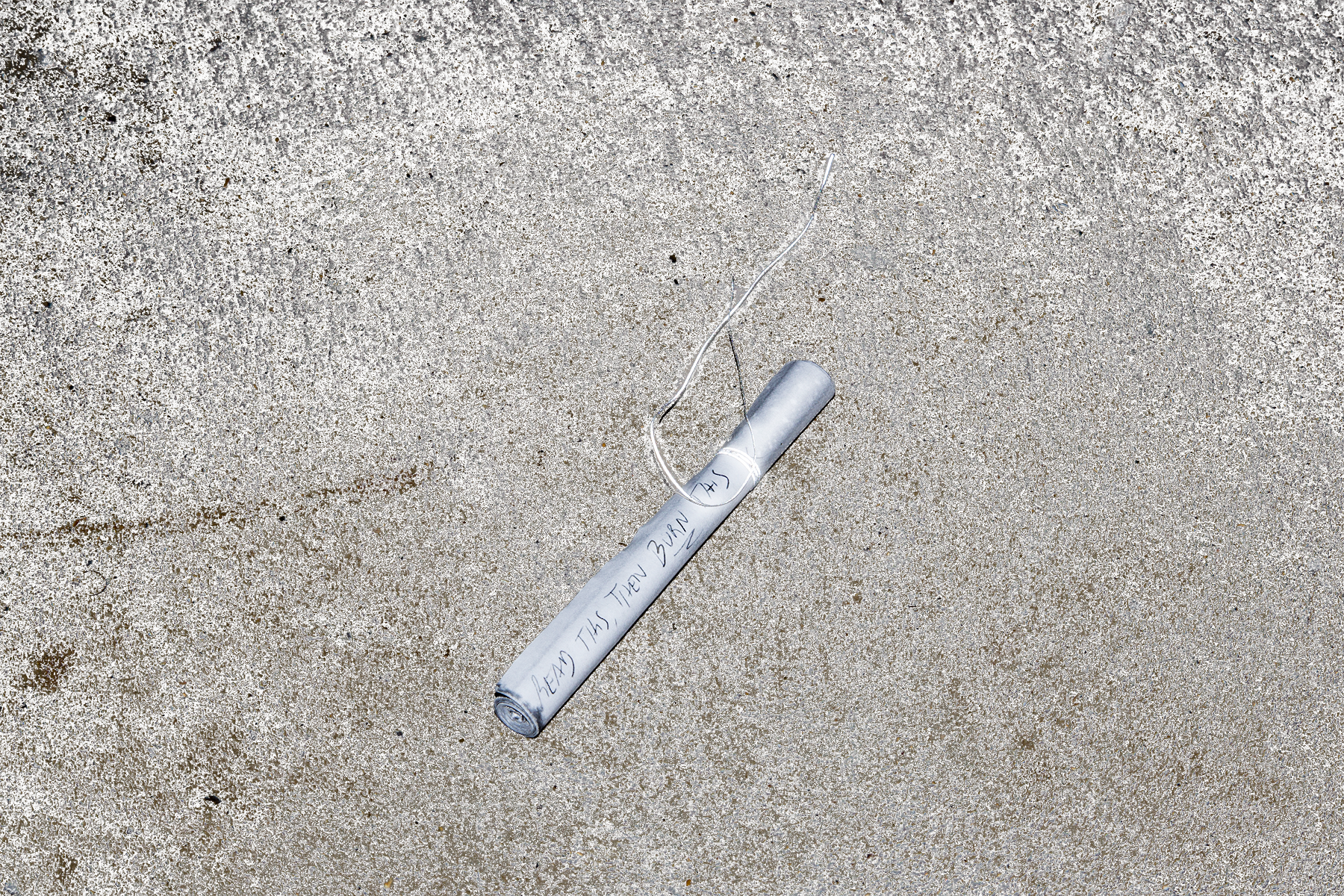 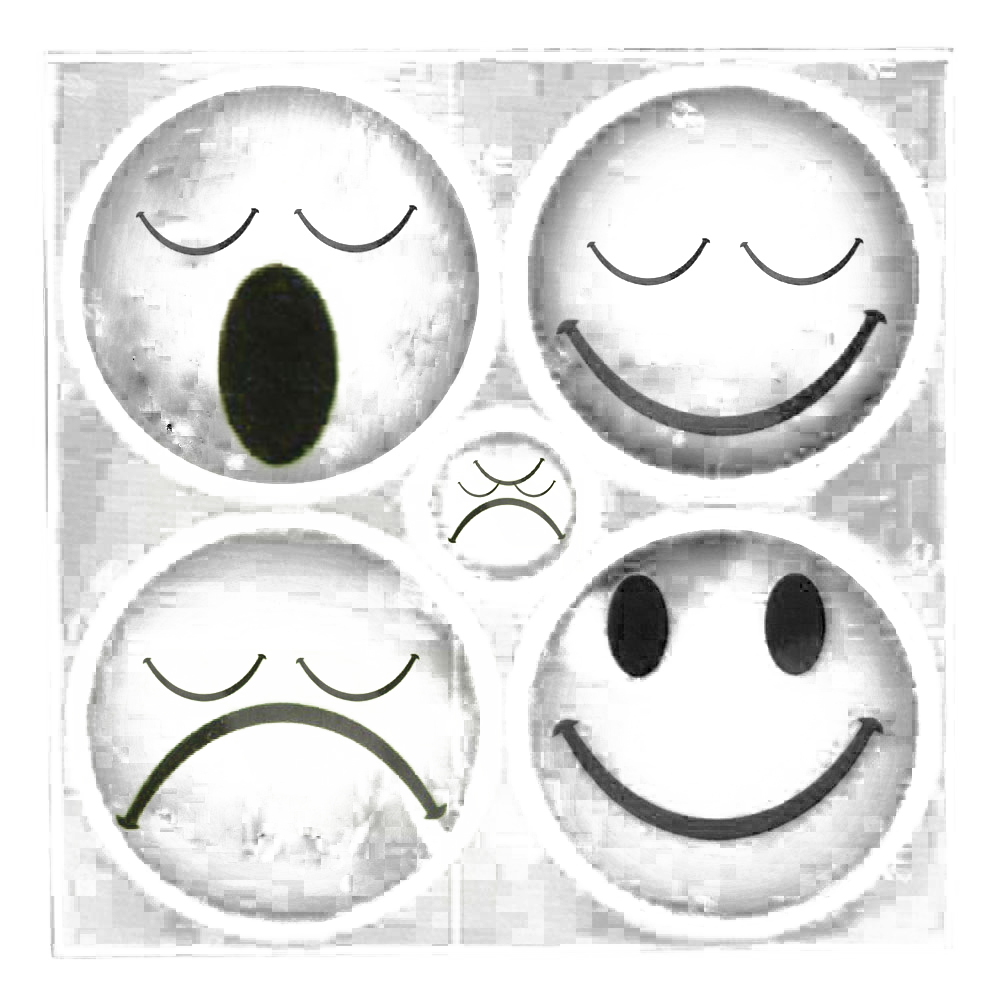 The anticipated order of things goes like this: from this to that and back; not: that to this and forward, nor that to that to this to that and that was all this and that at this precise order or rather framework of slash-events. Slashing per se, things a priori of definition and cognitive stagnation. But, all buts: as buttts: but! But! Butt! “But”, one is yelling; (!loudly enough for a brief moment of deafness in the reader, a visual spill of blood on white silk being stretched into a more refined kind of divan for the wounded passive-poets). (At their reach though, the improvised bedside table, a copious assemblage of empty containers or wrappers of sorts) One cannot speak of glass doors without a :but.*(full stop included merely for the sake of a more polite rhythmic structure in the phrasing of the point)* “You will read my buts with particular care, despite the raping transparency of your fake horizon”; “Like it or just scroll away into the entropic abyss, dear bastard”; (e.g.: the spiff of a can’s overture, a spliff of a weirdly rolled cigarette) “Do you have another ashtray by any chance?”, ahh “Thanks!” “Do you have an other? Any other?? It’s for a friend who collects ashtrays…”, “Haha” haha. (You loathe the friend.) You will always loathe the friend! You divert the meaning of my word!… “But” I don’t have anyotherone; BuTT is always any other one: often gravity, we must say. or just, addiction and procrastination and burning desire™. Wash out all butts from your lexicon right now and I’m certain you will struggle in most of your daily Basics. Like all story-tellers do when leaving blank spaces a.k.a. black holes in their tellings also these could be called openings left opened for what reason? (As you see, when avoiding disjunction in the phrasing of a telling one is left sort of uncomfortable with the CHAOS of Possibility) “spiiFfff…” One could say something without not saying something else, right? Couldn’t one affirm with such utter affirmation to the extent where all negation and divide is left impossible to construct? “An opening is the exact opposite of a bridge.” “Isn’t it thrilling to take a chance and dive in, tho?”, one wanders. Holes can bear witness to all kinds of forces from suction to expulsion. Indeed, both a sniper rifle and a vacuum cleaner are hole-bodies, even though they host opposite forces. A hole-in-theory is impartial to these two techno-atrocities even though it exists on the immediate surrounding frontiers of the event.“Ffff.….Pfff…this cigar is both a sniper rifle and a vacuum cleaner…”. “When u and i have sex, we will share all the atrocities of previous hole-makers (…) (…) Are we that guilty for excruciating each other’s wholes? Or is this friction a different kind of burden from the above-mentioned?”. “spliiFfff…. you make no sense”….uFFFfff ”. “I can’t argue with a smoker; you are turning me on right now”…” . “… am I?”…” “…Y-e-s.”. tSSSFFF “How does it feel when I do this?”.:_:. “…it doesn’t hurt that much if that’s what you mean”. “Haha”. “…ouch!”… “Haha, it burns doesn’t it…?”. “My… arm… can… stand… it.”… “Will I be able to burn through to the other side?”. TssSs…“…hmm, eventually. Light-years past, when the hole will be indecipherable among the many ashes”. “It’s all a matter of perception. U see… i wanna see it myself”. “your eyes will be holes themselves by then… Haha”. “Is the pain gone btw?”. “hmmm…sort of.” “Feel more? feel better? still burning?”. “There must be a hole somewhere, I just don’t see it and the pain… it’s like it was always there now, it’s not hurting anymore, it’s become more like a condition i guess.” “I will stop now, butt’s out. And light another one. have you got a lighter?”. “I can’t feel my arm…” Slashing as a disjunction of oneintwo_Punch! a HOLE. Inside a disjunction (yes, inside) there’s a potential for multiplicity*; *one times many, “Put out that fag *tSSF*”, *one times many, “See how the ashes multiply so randomly…” *one times many, Be That ash, by that ash; “?” tHat sort of asymmetrical H-E-P-T-A-G-O-N by thAt broken edge of the ashtray. “Be ash, my friend! be ashes!” (Optical Zoom ON, and IN spirit ashes x5000). There’s certainly a striking livelihood in such forensic a look to forms of non-live matter, a feeling inversely reminiscent to that of a microscopically-allowed expedition into the insides of a tiny, tiny insect poisoned to death. “pSst… how do i blow these ashes back to life?”, you can ask the ashtray. Anonymous as the ashes may be, cigarette butts hold account for subject-spirits of their own. Like burial urns; Or dead people’s Facebook profiles. They don’t however appear half as monolithically stoic as the latter two. They’re often just BEING as we speak, on both the sidewalk and your soles, passively allowing the universe to go by without the !excruciating demand for any have beens. Capitalism says “putting out a fag is just a less emphatic sort of suicide note. It kills®”. Butts obviously don’t!…, these and those butts reaffirm your being through the age-old emotional grammar which fire, smoke and ash punctuate.*TsSSFf* An age-old theorem for better living: (my) fire (your) smoke (our) ashes. (READ ALOUD) No butts per se. More buts per capita. (now whisper it to them, twice per capita, left ear, right ear. so as to THICKEN these smoke signs in a sloweeer pace than before) ! “No buttts per se. More butttts per capita.” aS!HES. This love tale is based on real events and bequeathed to you. Bear the lightness of my words, let my ashes through and permeate them vanishing! with your.s!s S.moke ’em away. with mute whispering impulses (the kind no one really notices, unless when jammed inside public transports in rush hours) ! buttify!this whole text, it is both the cancer and its cure .R.EST I.N P.IECES, be assured! all thy ashes will be fine. all thy a!s!h!e!s! r.i.p.